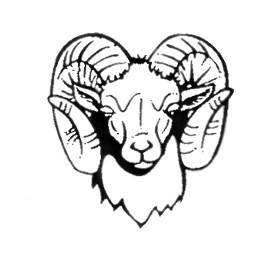 Athletics –Winter Sports Review
As we move into the Spring and all the spring sports, it is hard to believe that we are in the final months of another sports year. The winter season saw some great basketball played by all four Mount Douglas teams with great participation by over 50 student athletes. Once again these teams continued to provide excitement and energy for a fantastic year in athletics.  None of this is possible without the hard work, dedication, and commitment from students, parents, and coaches. Thank you all for you have done.

Junior Boys’ Basketball – This year started with a sense of excitement with a record number, 25 boys, coming to tryouts for the team.  The team began the league play with a slow start of two losses in a row, but quickly came together as a group and put together a five game win streak before ending the season with a record of six wins and three losses, placing 3rd in the League. As the team developed, they quickly became known for their tenacious defence and unselfish play, with more than one opposing coach commenting on how dangerous it was to play against this team. The boys’ unselfish play meant that every single game saw a different player become the MVP of the team – a true testament to the concept of team play. Highlights of the season included placing 3rd at the Vancouver Island Invitational tournament and having some great, hard fought games against the number one team, Lambrick Park. The season ended with the boys placing 5th in the South Island Playoffs, but many great lessons were learned both during the playoffs and during the regular season. With a good mix of grade 9 and 10 players, the Junior Boys’ Basketball team is in great shape for next year and the Senior Boys’ team will have some great athletes joining them next year.

Junior Girls’ Basketball – Like the Junior Boys’ Basketball team, this season started with a sense of excitement as a record number of girls tried out for the team. With mostly grade 9 athletes, the team was expected to contend in every game and improve as the season progressed – exactly what happened. The girls finished League play with a 4-4 record, placing 3rd overall in the League and making the “A” City Playoffs. The 5th place finish in the City Playoffs does not reflect on the potential that this team has and the coaches can’t wait for next season to begin. With this group of fantastic, dedicated, and pleasant athletes, next year’s team should be contenders to win the Island Division.

Senior Boys’ Basketball – The Senior Boys’ found themselves ranked 5th on the Island for the pre-season in the brand new AAAA Basketball Division, but soon surprised a number of teams with their play. One of the early highlights for the boys was a very closely contested game against rival Claremont; a game where the difference in winning and losing was a single basket. This particular game sent a message that this year’s team was ready to compete in every game. By mid-season, the team had moved up to be ranked 2nd overall, and finished 2nd in the League. The team went on to place 2nd in the City Playoffs, earning a berth at the Island Championships in Port Alberni. The RAMS went on to a 3-1 record at the Island Championships, losing only to the eventual 1st place team, Claremont, but finishing 3rd overall and just missing a berth to the BC Championships.  Congratulations go to Ashton MacKinnon for being named to the 1st All-Star Team and finishing as the top Island scorer, as well as to Michael Griffin for being named to the 2nd All-Star Team. The coaches also want to thank Lewis Hurst for his attitude, dedication, and play all season long. Thank you and good luck to the seven graduating players as they move on, and we look forward to the four returning players anchoring another strong boys’ team. Senior Girls’ Basketball – The Senior Girls’ Basketball team, led by captains Carly Sangha and Jenna Miller, had an amazing season on and off the court. In December, they travelled to Hawaii for some exhibition games and touring. With four different local teams hosting the Mount Doug squad for games and a meal, the competition and camaraderie were excellent. In addition, the girls were able to swim with sea turtles, hike Diamond Head, snorkel at Hanauma Bay, shop a little, try new experiences at the Polynesian Cultural Centre, ride a catamaran off of Waikiki, visit Pearl Harbour and meet a couple of survivors, shop a little more, and most importantly, create memories that will last forever. On the court, the season was an undeniable success. The final record of 22-16 does not speak to the level of play when it counted most. In City Playoffs, the girls were 3-1 and finished 3rd. At the Island Championship, the girls played their best basketball of the year, went 3-1, and again finished 3rd – putting them one game away from the Provincials. In that challenge game, they lost out to a very strong team from M.E.I., who went on to finish 5th in the province. Coaches Griffin and Lapthorne would like to thank the girls for a great journey, filled with more than just wins and losses. After all, it’s more than just about basketball. Good luck to the six graduating members of the team, and best wishes to those returning next year.

We are now underway with our Spring Sports Season and wish our track and field, cycling, rugby, girls’ soccer, tennis, golf, and badminton teams all the best for their upcoming season.  For a complete list of all of Mount Doug’s Winter Sports, please refer to the Athletics section (page 51) of the online course handbook, at 2014 Course Guide.

Finally, I wish to thank our fantastic students, parents, coaches, managers, teachers and sponsors. It is because of you that Mount Doug continues to be one of the top sports schools in all of B.C.