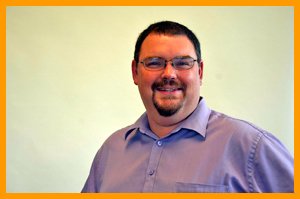 Mr. Meldrum attained his Bachelor of Arts in Geography and History in 1994, finishing his degree during the evenings while working full time as a land surveyor assistant. Five years after graduating from the University of Victoria, Mr. Meldrum returned to the University of Victoria and completed his post degree program, earning his teacher certification while starting his family, and finishing in the top 5% of his classes. Mr. Meldrum began teaching gifted students in the Esquimalt High School Challenge program before moving on to the Alternative Education and the Adult Education Programs.  Arriving at Mt. Douglas in 2009, Mr. Meldrum once again started teaching gifted students in 2010, starting with Social Studies 10 and moving on to all Social Studies from grade 9 – 11.  In 2015, he took over the position of Challenge Coordinator with a focus in improving the relationships and connections for students in the Program.  Wherever Mr. Meldrum has taught, he has created innovative programs and revitalized existing programs. Mr. Meldrum has continued to hone all aspects of his teaching practices, focusing on working with gifted students, connecting with youth at risk, improving student connections to learning, and enhancing interactions of gifted students.  He is a co-winner of the Government of Canada History Award for 2016. 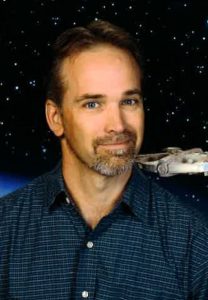 Mr. Johnson teaches Science, Mathematics, and Physics at Mount Douglas, and also sponsors numerous Math competitions for the Junior grades. He also sponsors a group of select Math Leadership students who helps younger students at Mount Douglas and Arbutus Middle School prepare for math competitions.  His educational qualifications consist of a Bachelor of Education in General Sciences (Expanded) with Distinction in 1996 from the University of Victoria.  This specialized degree allowed him to focus on Physics integration with Biology, Chemistry, Astronomy and Earth Sciences.  Having taught Challenge since 1998 and having coordinated the Challenge Program from 1999-2009, Mr. Johnson has focused much of his professional development around Gifted, Creative and Talented adolescent development through the years.  In recognition of the work Mr. Johnson has done with his students, he was nominated for and eventually honored to receive the Outstanding Teacher Award from the University of Chicago.  As a child, Mr. Johnson himself received a designated as “Gifted”, and one of his children subsequently received this same designation.  Perhaps Mr. Johnson’s passion for Gifted education is not surprising given his broad experience from the perspective as a student, as a teacher, and as a parent.  Interests outside school include construction and renovation work. After a decade spent exploring the world and its cultures, Amelita Kucher immersed herself at the University of Victoria earning a Co-op degree in Biology with a minor in Environmental Studies. Her work as a university TA and as a Parks naturalist and interpreter led her into a teaching career. Now head of the Science Department, Ms. Kucher brings experiential learning into her Science, Biology and Earth Science classes with explorations, yoga stretches and hands-on laboratory work. Fluent in French, she takes Mount Doug students to France every two years as the coordinator of our France Exchange. Ms. Kucher documents many of the school’s
activities as an experienced photographer. She spends her leisure hours hiking, biking and enjoying Victoria’s culture. A graduate of the University of British Columbia and Simon Fraser University, Alan Williams moved to Victoria for love, and began teaching at Mount Douglas in 2003. His first experience working with gifted students was when he helped create the Mini School at Killarney Secondary in Vancouver. He has taught French, ESL, PE and Social Studies, but for the last five years has focused on teaching English in the Challenge Program, as well as Drama. An accomplished field hockey player, he played on the Canadian Men’s National Squad for three years, and coached the UVic Vikes for six years. Denying a mid-life crisis, Alan has morphed into the loud singer of a teacher rock band, hoping to tour portables everywhere. 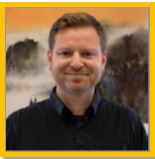 Sean Lansdell has been teaching English in the Victoria School District since 2008, and he’s been at Mt. Doug
since 2012. He spent his formative years on the Saanich Peninsula, where he devoted much of his time to
athletic pursuits. After his graduation from Stelly’s Secondary, and a couple of wonderfully aimless travel years,
he decided to turn his burgeoning passion for literature into a career. He therefore completed a Bachelor of
Arts in English Literature, followed by a Post-Degree Education Program, both at the University of Victoria.
During these post-secondary years, Mr. Lansdell spent many of his nights working in local restaurants, through
which he developed an enthusiasm for cooking. While his culinary efforts no longer earn him a paycheque, he
is fairly certain they are appreciated by his wife, Marianne, and his two young children, Sage and Max. 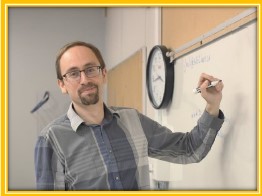 As a Mt. Doug alumnus and former Challenge student, Jordan Bell is thrilled to pass on his positive experience to a new generation. Mr. Bell was raised by a professorial patriarch possessing a pronounced proclivity for poetry; this upbringing, along with his student years in the classroom of Mt. Doug legend Mr. Greene, likely sealed Mr. Bell’s fate of becoming an English teacher himself. After completing his BA English Honours with Distinction and Post-Degree Professional Program at UVic, he spent time teaching on the mainland and in Japan before returning to Victoria and joining the school district in 2016. He also enjoys theatre, and has discreetly performed in productions at Langham Court and St. Luke’s. Mr. Bell is sincerely grateful to work here at Mt. Doug, where he is inspired each day by the excellence of his colleagues and students.