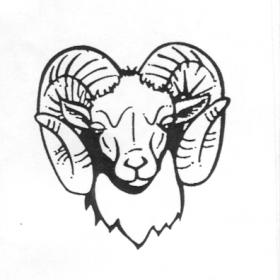 As the Spring Season of play comes to a close, and there are just a couple of months of sports left, it is time to reflect on a very busy and productive time for our very talented athletes. Whether it was on the playing field, tennis court, track, soccer pitch, or in the gym, this Spring Season has seen some tremendous athletic competition.

Senior Girls’ Soccer: This year has seen Mount Douglas put together a dedicated team under a superb coach that has turned Senior Girls’ soccer around. There were an unprecedented number of girls who joined the team and have committed to be competitive. The results have not translated into many wins, but have seen Mount Douglas compete in every game they played, often outplaying the opposition for entire halves of games. With one more win, the girls will see the team advance to the South Island Championships, something that has not happened in a few years. The players speak of how much they have enjoyed playing this year, how much they respect their new coaches, Jenna Miller and Mr. Lugar, and how much they do not want the season to end. Congratulations to everyone for bringing new life to Senior Girls’ Soccer.

Junior Girls’ Soccer: What more can be said about this team as they have had an excellent season so far for this very talented group of girls. They finished the regular season with a record of six wins, one loss, and one tie, and a point differential of 21 goals for versus 3 goals against. This means that the girls finished in 2nd place in the League and are off to the South Island Championships as one of the teams favoured to win. An outstanding part of this season is that the vast majority of the team members are in grade 9, meaning that we have years of excellence to come from these girls.

Senior Badminton: Last year saw our Senior Badminton team make it to the Provincial Championships and it looks as if this year’s team is following in those footsteps. The team is currently in 2nd place in League play and are sure to be off to the South Island Championships being held at Mount Douglas on April 30th. Everyone is welcome and encouraged to come out and enjoy some top-level badminton play and to cheer on Mount Douglas as they make a second run at the Island Championship and a trip to the Provincial Championships.

Girls’ Rugby: Girls’ rugby has seen tremendous growth in popularity and competitiveness in the last two years. This year’s team is the strongest one fielded yet. They won their pre-season game, and have gone on to win 3 of the 4 regular season games so far. With two games left, the girls could find themselves tied for 3rd place in the standings and off to the South Island Championships.

Tennis: This year has a young group of novice players learning the game and improving every week. There have been a number of great matches with the senior players providing wonderful leadership for the younger players. Good luck to the team heading towards the South Island Championships.

I wish to thank our fantastic students, parents, coaches, managers, teachers and sponsors. It is because of you that Mount Doug continues to be so successful in so many sports.